Iodine is an element that is needed for the production of thyroid hormone. The body does not make iodine, so it is an essential part of your diet. Iodine is found in various foods (seaweed, sea fish). If you do not have enough iodine in your body, you cannot make enough thyroid hormone. Thus, iodine deficiency can lead to enlargement of the thyroid (goiter) and to intellectual disabilities in infants and children whose mothers were iodine deficient during pregnancy.

More information? Check the 2017 Report at the website of the Iodine Global Network 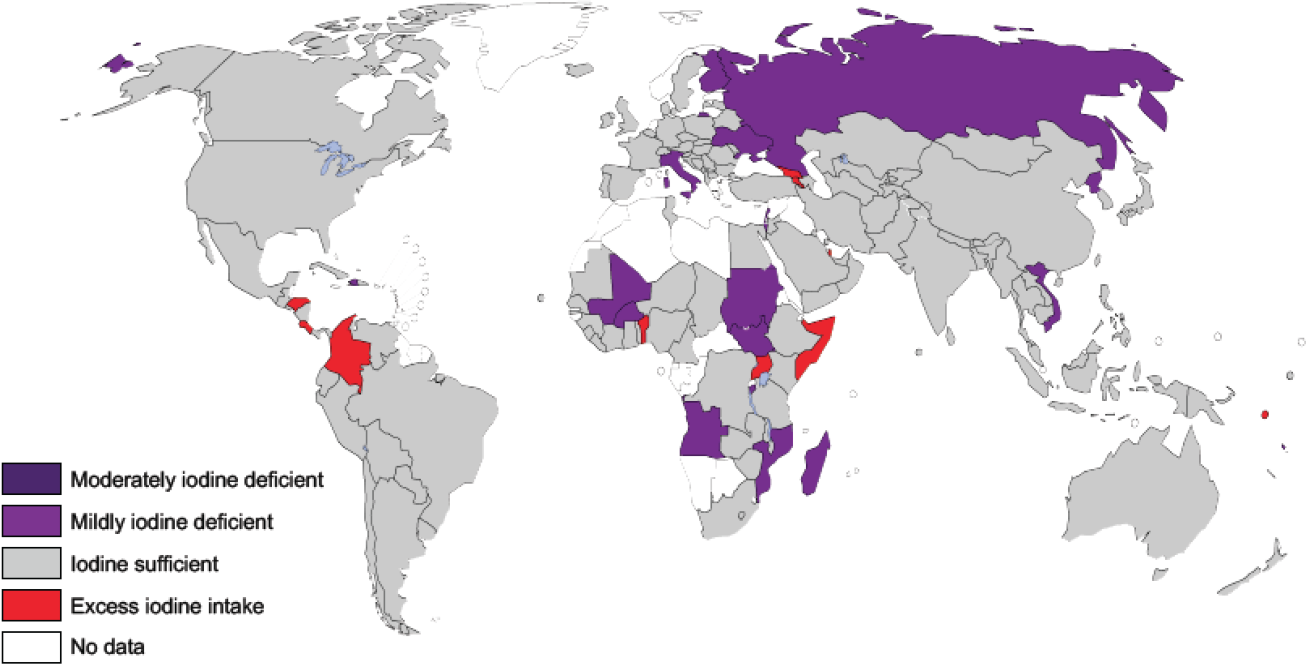