Iodine is an essential mineral commonly found in seafood and mines. Your thyroid gland uses it to make thyroid hormones, which help control growth, repair damaged cells and support a healthy metabolism. Unfortunately, up to a third of people worldwide are at risk of an iodine deficiency.

Most of the world’s industrial iodine is obtained from brines (water strongly saturated in salt) associated with gas wells in Japan and from caliche ore mined in the Atacama Desert of northern Chile.

Iodine distribution in the environment

Iodine (as iodide) is widely but unevenly distributed in the earth’s environment. In many regions, leaching from glaciations, flooding, and erosion have depleted surface soils of iodide, and most iodide is found in the oceans. The concentration of iodide in sea water is approximately 50 µg per liter.

Major countries in iodine mine production from 2014 to 2018 (in metric tons) Chile is the world’s largest iodine producer, with an estimated production volume of some 18,000 metric tons in 2018. The second largest global producer of iodine is Japan, which consistently produces around 10,000 metric tons annually.

Iodide ions in seawater are oxidized to elemental iodine, which volatilizes into the atmosphere and is returned to the soil by rain, completing the cycle. However, iodine cycling in many regions is slow and incomplete, leaving soils and drinking water iodine depleted. Crops grown in these soils will be low in iodine, and humans and animals consuming food grown in these soils become iodine deficient. In plant foods grown in deficient soils, iodine concentration may be as low as 10 ppb dry weight, compared to 1 ppm in plants from iodine-sufficient soils.

More info about Iodine can be found here.

Iodine cycling in the environment 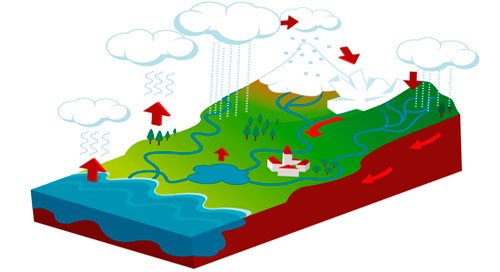